A Brief Word on Aversions and Our Need to Actually Fight

One thing the Church is good at is lobbing water balloons over the trenches during battle (thinking that somehow we are doing something helpful), all the while the enemy’s .50 cal is mowing us down. Worse yet, many stand back thinking that they shouldn’t even throw a water balloon, let alone engage in any form of battle. Unfortunately, at this point, I’ve already offended someone with the analogy.

Our aversion to cultural engagement comes from a thorough conviction that Jesus would’t want it that way, which is fueled by a quasi-Gnostic dualism that rejects any material “victory” in history. After all, it is assumed, Jesus didn’t tell us to change culture and deal with systemic injustice and racism, he told us to just preach the gospel. So stop with all this race talk. (We really are this bad.)

Furthermore, this type of thinking also stems from antinomian proclivities that teach us not to think much of the law of God. Now, the average Evangelical doesn’t really know much about the law of God to begin with, and that’s because it isn’t taught from the pulpit. It’s also nothing to focus on in seminary because, after all, you need to discover the type of leader you are so that you can continue to perpetuate the Pastor as CEO model that’s currently crumbling around us. But alas, I have digressed. You get the point: We need to quite with the poo-pooing of the law of God.

Now, our aversions are nonsensical, and I do think we need to get over it. But something we must do is actually fight. David fought. Isaiah fought. Jesus fought. Ergo, we must fight. The longer we hand-wring and sit in our slothful disposition, the longer abortion remains legal, the longer the Police State has time to grow, the longer we get to watch the family disappear. So fight, already.

I want to point you to two incredibly important verses in Proverbs, say a few words about them, and then get on with my Saturday. Here is the first one, and I’m using the King James because it’s good:

“They that forsake the law praise the wicked: but such as keep the law contend with them.” (Proverbs 28:4)

Notice the irony here: The person, culture, institution, and church that forsakes the law of God doesn’t just passively ignore the wicked in their enclave, they actively “praise the wicked.” The sexual devolutionaries who parade our streets with the Noahic Covenant symbol in tow are praised when we forsake the law of God.

But notice what is said in the next part: Those who do keep the law, who do teach, love, observe, follow, strive for, and cherish the law of God, they do not praise the wicked, they contend with them. You want to know why the Church isn’t contending with the wicked in this nation? We do not keep the law of God. From front to back, top to bottom, and side to side, we simply do not keep the law of God. We don’t want it, we don’t want to teach it, and we’d much rather just love people (as if love isn’t the fulfilling of the law of God! See Romans 13:10). It should also be obvious that this verse presupposes contention. But that’s also a dirty word, so we have to sanitize it, too.

I wasn’t going to do this, and this isn’t the second verse I was going to look at, but the very next verse is curious: “Evil men understand not judgment: but they that seek the LORD understand all things” (vs. 5). Our nation doesn’t understand justice and righteousness because our nation does not care about the law of God. Not only do we praise the wicked when we forsake the law, we remove epistemological light and the unrighteous sit there scratching their heads.

Anyhow, the second verse I mentioned I would look at was this:

“Where there is no vision, the people perish: but he that keepers the law, happy is he.” (Proverbs 29:18)

Now, I need to make sure we understand that this isn’t the model verse for the attractional clowns who push their re-branding-of-the-local-church efforts. The point of this verse is, when people do not have the moral, ethical, judicial, and spiritual understanding of the law of God (“vision”), they die. When the law of God, which is our tool of dominion in the world as the gospel goes forth, is snuffed out, people die. Case in point: abortion. There is no vision, no law of God put forth by the Church, so what happens? The past four decades of infanticide happens. And we have nothing to give the world except our love and “Merry Christmas” salutations.

This is, quite frankly, why we’re in the mess we’re in. If we are going to contend for Jesus Christ in the public square, then we simply cannot leave the law of God at home. If we want Jesus Christ to be worshipped, adored, loved, and acknowledged among the nations, then we need the law of God. We have to actually fight, and we have to do it God’s way, which, incidentally, is…you should know by now…the law of God.

So, yes, we’re in a battle, and yes, it isn’t ultimately against flesh and blood, though flesh and blood can be an enemy of Christ. Yes, we have the gospel of grace and sinners can be forgiven. But don’t forget: we have the blueprints for what it looks like to not murder your children in the womb, how to have a healthy and true marriage, how to have marriage defined God’s way, and lest we forget, we also know how to have justice in the public square.

The Avenger of Blood and Biblical Law

Recently, I heard a Christian friend say (something like): "People were allowed to avenge the deaths of their relatives under Biblical law." Is this statement true, or is it an example of Christian ignorance of Biblical law? A related statement that I have often heard...

Bad Reasons to Board the Titanic

I have previously written here and here about the need for Christian parents to undergo a mass exodus from the Public Schools ASAP. I believe much progress continues to be made in this regard however there are still the usual voices in the evangelical world that still... 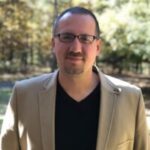 Jason Garwood
Dr. Jason Garwood has spent his career seeking to both understand and apply the Biblical worldview to every single area of life. His aim is to help pastors and churches to be better equipped to engage in the Great Commission by teaching Christians how to find their individual purpose in the Kingdom of God and learn how to identify and respond to cultural idols. He is currently the teaching pastor at Cross & Crown Church in Northern Virginia.